In this article, we will list all the different kinds of edible orchids and simple ways to use them safely.

When they first became popular, edible flowers were all the rage, but today people find them a bit old-school. Regardless, plant blooms are still used in various ancient cuisines throughout the world. Chefs from many cultures love incorporating edible flowers into their dishes to entice the flavor.

Imagine making your salads as colorful as possible by adding green leaves, orange carrots, brown nuts, white meat, yellow shredded cheese, and red tomatoes. Many people use edible flowers to add to this aesthetic look. You can even spruce up your salad with pink and purple blooms! Let’s have a look at edible orchids:

Orchidaceae, or orchids, are light purple flowers with spherical green roots concealed by a silvery-white substance. Aside from the aesthetic look, these flowers also have a lot of health advantages.

Like other edible flowers, orchid blossoms are abundant in vitamin C, which helps the immune system fight against potential infections. It is also nutritious due to its high fiber content and minerals such as calcium, potassium, and iron. In addition, these flowers contain a lot of antioxidants and phytochemicals.

How Do Orchids Taste?

Fresh orchid petals have a bland flavor and a light, crunchy texture akin to watercress or other leafy greens. Some people find them delicious at first but bitter afterward. Regardless, since there are so many different orchid genera, the flavor differs for each.

Are Orchids Safe for Consumption?

Only the blossoms of orchids are edible and safe for consumption. In essence, flower petals are widely used to add freshness to salads. A few other components of these flowers may also be used in medicine. The stem and leaves, for example, are commonly used for therapeutic purposes in Asia, America, Africa, and several other countries.

You may be surprised to know that ATTRA Sustainable Agriculture has created many of the world’s most popular orchid dishes. Orchids come in various shapes and sizes; dendrobiums have a silky cane that is ideal for saucy dishes and stir-frying. Dendrobiums are often dipped in flour and eggs and deep-fried in Thailand as crispy appetizers. Another species of orchid that may be used in cooking is the epidendrum.

Similarly, fresh orchids are candied and used in fresh salads in Hawaii. Orchids are used as a garnish on cakes and other sweets throughout Europe. The tubers are quite popular in meat sauces in South Africa.

Orchid ice cream, a Turkish delicacy with a chewy texture that doesn’t melt and a saltwater taffy taste, is a pleasant surprise. This ice cream is known as “Kaimaki” or “Dondurma” in Greece. Orchids are also used to garnish beverages and cocktails at international restaurants, and some even use them in marinades, flavored jellies, oils, and vinegar.

Vanilla is the common name for this genus. Orchids from Central and South America are endemic to the region. Currently, Madagascar has the highest vanilla bean production.

Vanilla planifolia is a vine-like orchid that may grow to a height of 30 feet. They are the only kind that is used in industrial cuisine for desserts. Even though all orchids are edible, you should proceed with care. Flowers can irritate the stomach lining, so keep that in mind. However, vanilla is the only orchid that is not poisonous since it bears fruit.

Dendrobium species are endemic to Asia, Australia, and numerous Pacific islands, where they flourish in tropical and subtropical climates.

Cymbidium is a common delicacy in Bhutan. It’s called ” Ola Choto” among the local community and is widely accessible in markets from August through October. The flower should ideally be raw and delicious.

However, villagers often season the pseudobulbs with salt and eat them like potatoes. Cheese is the most common technique to prepare the cymbidium, also known as ” Ola Choto.”

How Orchids Act As Medicinal Agents

Orchids have gained popularity due to their potent traditional herbal benefits. According to the Ancient Greeks, the orchid tubers can also boost a person’s sexual energy and even benefit fertility.

In Turkey, a traditional beverage called salep is consumed. They use a specific powder made by drying orchids and then grinding the ovoid tubers of orchids such as orchis mascula and militaris.

It first became well-known under the Ottoman Empire and eventually spread to Iran, Syria, Greece, India, England, and other regions of Asia. Salep is also used to treat gum disease, digestive problems including diarrhea, and sore throats.

Other orchid species with phytochemical and antibacterial qualities, such as orchis latifolia, vanda roxburghii, and eulophia, may also be used to treat various medical problems.

Can You Store Orchids for Later Consumption?

For your drinks and desserts, it’s best to use freshly cut orchid blooms. However, if there are any leftovers, you can store them for later use.

The orchids may last for up to ten days if kept in an airtight container or box. However, it stays the longest in the fridge since it retains and maintains freshness. Simply keep an eye on the temperature inside the refrigerator and keep it between 36 and 40 degrees Fahrenheit (2.22 and 4.44 degrees Celsius).

Orchid blooms contain very few toxins or poisons that are harmful to humans. Therefore, they are a relatively safe and healthy alternative for getting enough intake of vitamin C. However, there is still some disagreement over whether or not the stem and leaves of the orchid are edible. Of course, there are various other edible kinds, but the vanilla orchid is the most well-known.

Lastly, the flowers have been used as a medical element for far longer than they have been used as a culinary item. So, whether you like flowers or not, give orchid tea a try to feel revitalized. Why not unleash your adventurous side and experiment with orchids to add a unique touch to your dishes? 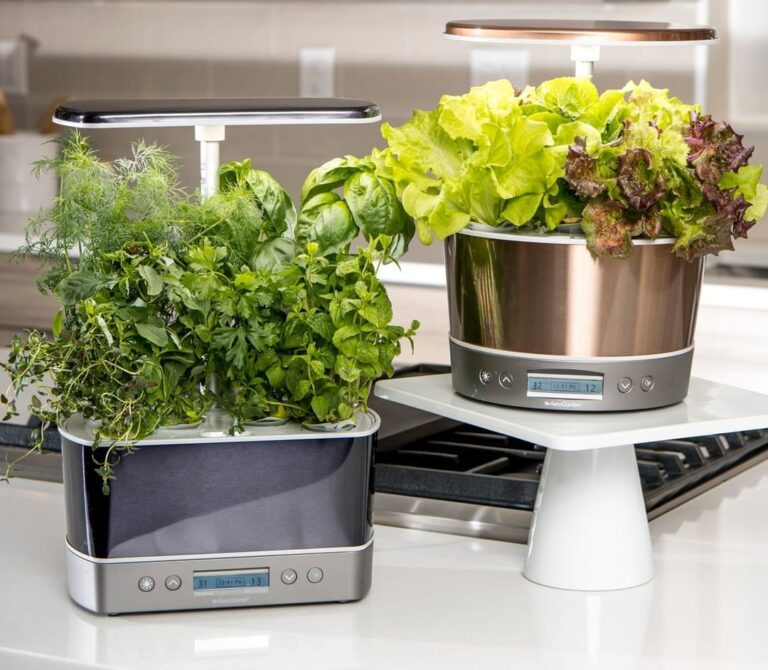 In this article, we will help you discover the best herbs for Aerogarden and along with their specific requirements and maintenance. Fresh herbs grown in your garden are an excellent addition to your meal, along with being convenient. Consider how fresh the herbs must be, given you can just snip what you need, wash, and… 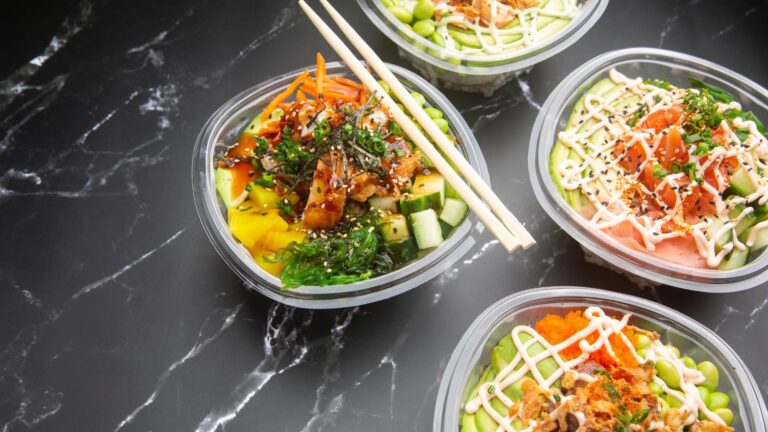 In this article, we will help you relive the memories of Japanese cuisine from your vacation days. Get familiar with these Japanese spices and add the delicious flavors of Japan to your cooking. One of the things people are most likely to remember about their visit to Japan is the delicious Japanese food. Even if… 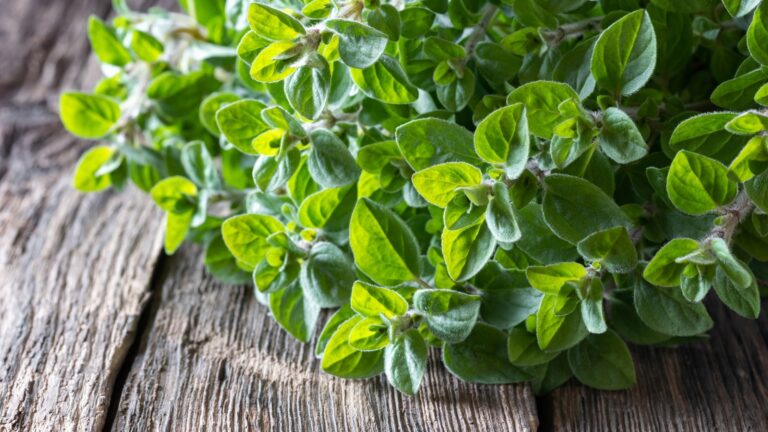 In this article, you will learn the answer to the deep-rooted argument of oregano vs marjoram. We will look at key difference between the two herbs. Marjoram vs oregano, you can get confused between them easily. Both marjoram and oregano are used frequently in garnishes, oils, dressings, and marinades.  So clearly, the world consumes these… 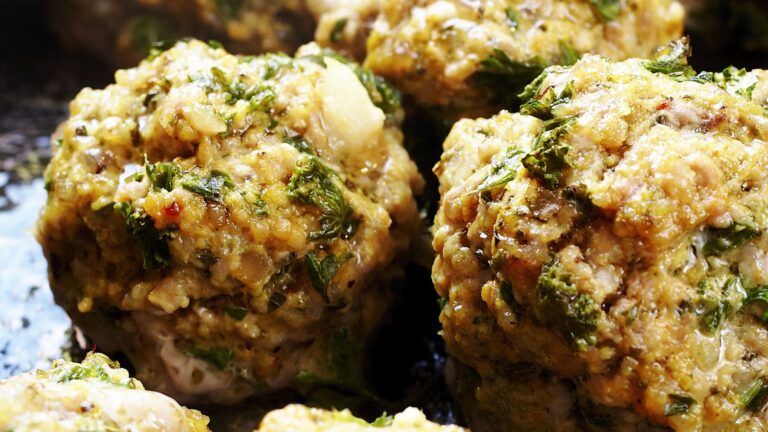 In this article, we will explore some of the most timeless and best spices for meatballs. So, grab your apron it’s going to get tasty! Meatballs are a classic Italian-American dish that can be made with many different meats. They are usually seasoned with spices to give them a depth of flavor. If you are… 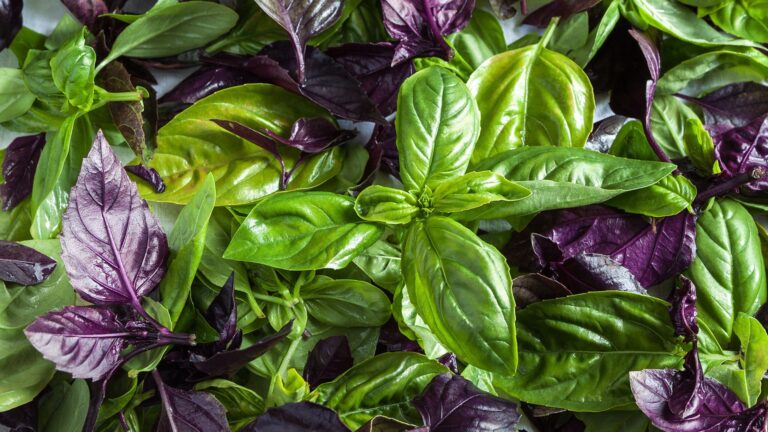 In this article, we will compare the Thai basil to the Genovese basil with all their qualities and flavors to understand which one is the better one to use in your meals. So, let the battle begin thai basil vs basil! Choosing between Thai basil and regular basil can be confusing. Even though they are… 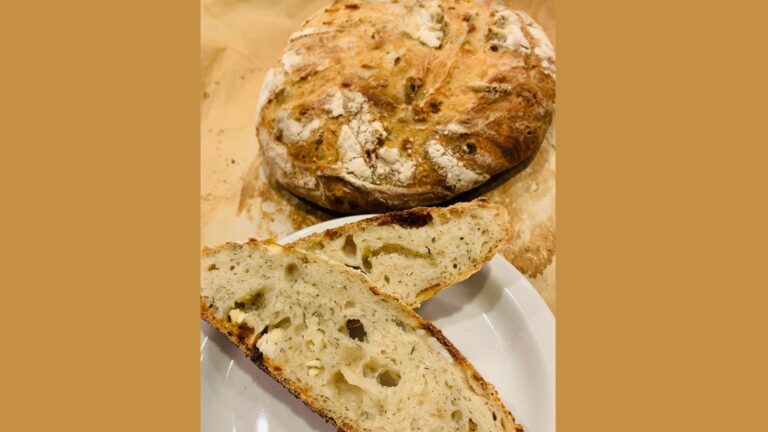 In this post, I will go over this delicious dill sourdough recipe that uses feta cheese. This bread is flavorful yet subtle. A wonderful addition to your meal. I recently started growing dill in my garden. Truth be told, I hadn’t used fresh dill in much of my cooking. It just wasn’t in my repertoire….