In this article, we will look at the top four substitutes for celery seed you can easily find!

Have you ever wondered what you could use in place of celery seed as it ran out while you were cooking? If this is you, then the four alternatives we discuss in this listicle could not have come at a better time.

If you have worked long enough in the kitchen, you will probably know that celery seeds have some cool uses there. Celery seeds are a common ingredient in sauces, salads, brines, dressings, brines, and dry rubs.

Due to their high nutritional value and natural flavor-enhancing capacities, Celery seeds have been a popular seasoning for many years. Its use cuts across a wide variety of civilizations and continents. Cooks prefer to use the seed ground into a powder for smooth dishes like sauces. Comparatively, the whole seed works well in dry rubs and dressings.

We’ve come up with a list of the best substitutes if your recipe calls for celery seed and you find your cupboard empty.

Celery seeds are often used in small quantities since it has an intense flavor. However, when you run out, you can rely on the celery plant’s stalk, leaves, and roots.

The only difference here is that you have to use more of them if you choose this substitute. The aroma of celery stalk, leaves, and roots is similar to that of the seeds. However, their aroma is significantly less concentrated.

Another issue with the use of this alternative is the texture. The stalks, leaves, and roots contain a lot of fibers. Unlike the ground seeds, this makes it pretty difficult to blend them into the dish. Nevertheless, you can chop them up finely and add liberally to make up some of that celery seed flavor.

Celery salt is the mixture of ground celery seeds with salt. This alternative is said to be a key ingredient in the infamous KFC spice mix.

It comes with a savory aroma and is suitable for coleslaw, salads, sausages, chicken, and a host of other dishes.

Celery salt tastes like ordinary salt, with the celery seed powder becoming noticeable towards the end of the tasting. The seasoning has a peppery feel, grassy flavoring with a tint of a bitter taste.

To avoid making your dish too salty, reduce the salt in your recipe and then add celery salt to replace the celery seed.

Also known as just “dill,” dill weed refers to the aromatic leaves of dill plants. In ancient Egypt and Greece, dill weed was used for both medicinal and seasoning purposes.

The weeds serve the same purposes today. Some suggest that dill weed may even guard against heart disease and certain forms of cancer.

Dill has a licorice-like flavor with notes of anise, parsley, and celery. Essentially, this plant has much the same flavor as celery seed. Thus, dill makes for an ideal replacement for celery seeds, especially in salad dishes. Furthermore, fresh or dried dill can be used to season soups or sauces. To use in place of celery seed, replace at a 1:1 ratio.

One of the most distinctive qualities of turmeric is its golden color. It has an earthy, musky flavor with a faint tinge of peppery spice.

This substitute for celery seed works best in savory dishes that also call for complementary flavors such as cumin or ginger. Therefore it works well in many Asian-inspired recipes. To use in place of celery seed replace at a ratio of 1:1.

Additionally, turmeric has an endless list of potential health benefits. Turmeric, for instance, is sometimes used as an antioxidant and has been associated with potent anti-inflammatory properties.

My Final Thoughts About Substitutes for Celery Seed

Celery seed isn’t exactly a cupboard staple for most people. However, it can impart some serious flavor in the right kind of dishes.

However, not everyone likes its salty, bitter taste. Substitutes like dill may appeal more for certain recipes as it offers a nice fresh zestiness. In other cases, turmeric has the added benefit of adding color to your dish as well as flavor.

If you’re looking for an alternative to celery seed because you want to use a less bitter ingredient or simply because you have run out, we hope our list of the top four substitutes for celery seed helps you out. 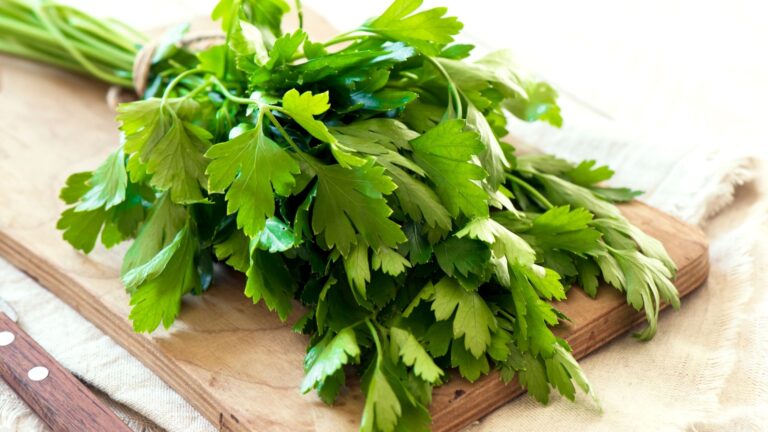 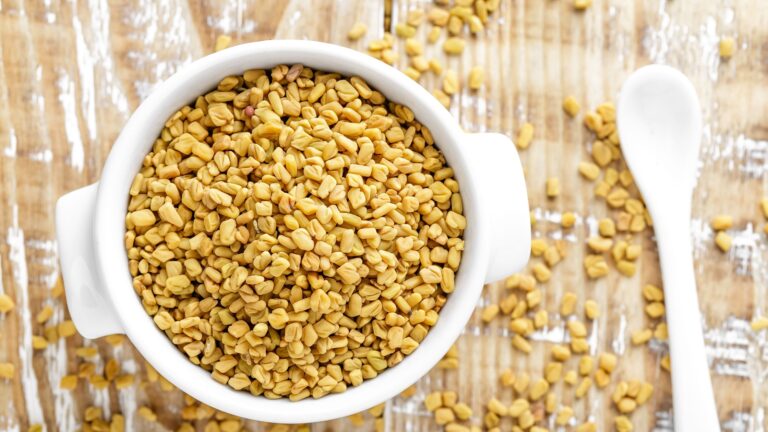 In this article, we will look at various substitutes for fenugreek to give your meals an extra great flavor. Fenugreek is a common spice that gives a sweet and nutty flavor to the dishes when cooked. However, being short of it can be frustrating, especially when you want to prepare a dish. In addition, it… 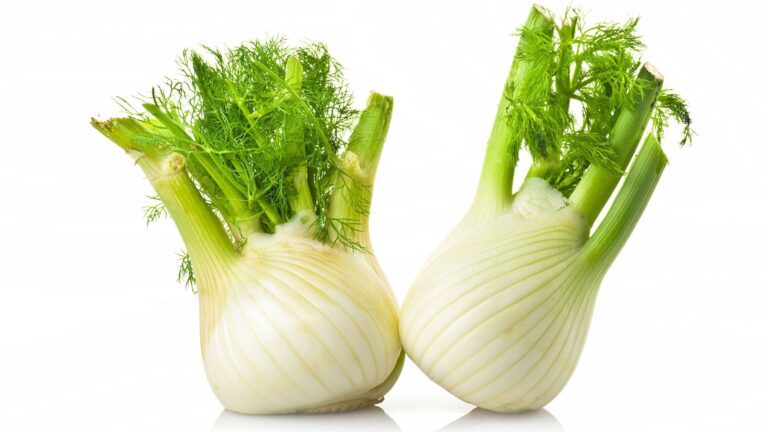 In this article, we will get to know the ten best substitutes for fennel seeds and multiple ways to use them. Fennel seeds are a flavorful ingredient in a variety of cuisines, including sautéed fennel and fennel sausage. You can typically find them in the spice department of your local grocery store, even though they… 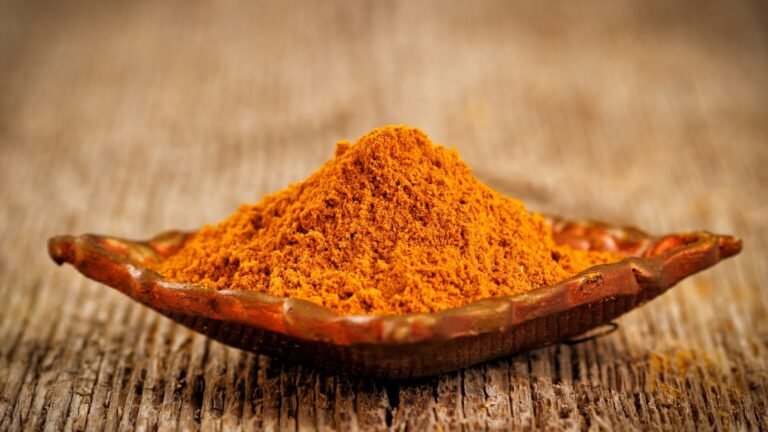 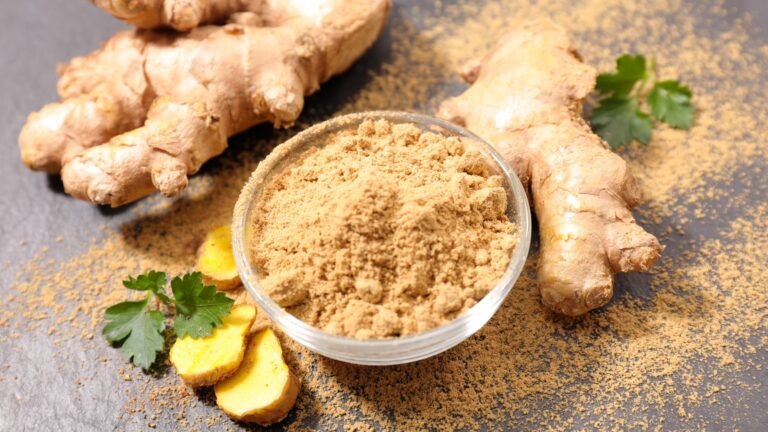 In this article, we will describe the taste and properties of the top five substitutes for ginger. Ginger brings to mind countless dishes, from pumpkin pie and gingerbread to ginger beef, curry, and ginger tea. The spice is used around the world in both its fresh and dried form. Fresh, it is indispensable in countless… 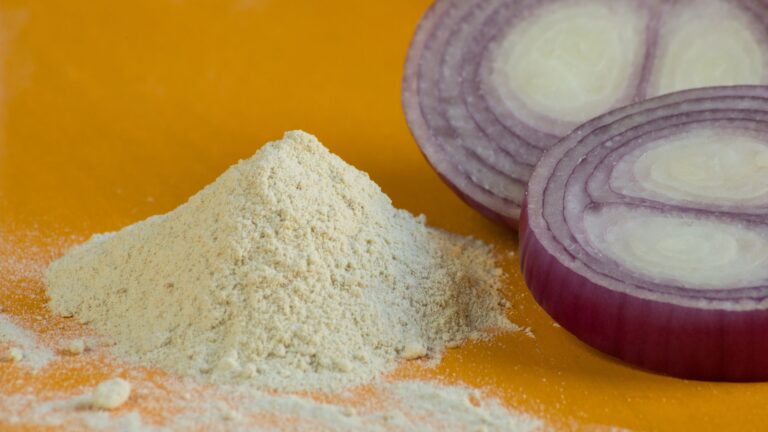 In this article, let’s figure out the solution to a chef’s worst nightmare: running out of onion powder. Instead of rushing to the grocery store mid-recipe, try one of these substitutes for onion powder. You taste your favorite dish, and you realize the onion flavor is missing. You check the cabinet and shake the container,…